Are Futons Bad For Your Back?

With rents increasing and room size diminishing, many are wondering how best to style their homes to maximize both space and efficiency.

One option that people go to is a futon: a mattress and duvet set that can be folded away when unneeded.

But many people are skeptical of this space saving method. Concerns pop up regarding health and comfort. Let’s take a look at one of these concerns right now. Read on to find out if futons are bad for your back.

What is a futon?

Let’s first understand what futons are.

Futons can double as both a sitting area and bed surface. Designed to look like a couch in its normal position, futons fold down to form a bed when needed.

Futons can come in many shapes, the most common being one that resembles a couch with arms and a backrest. There are also shorter ones that resemble a loveseat, and those that look like a couch without arms.

An important feature is the wooden or metal frame that replicates that of a standard mattress. But unlike a mattress, the frame is typically visible.

To fold it into a bed, users simply have to push down on the back.

When compared to a traditional mattress, a futon can be more firm and more supportive as they come without the extra cushioning that mattresses have.

Futons are typically cheaper than a traditional mattress, and they have the benefit of either being used as a couch or a bed.

Are all futons the same?

To put it simply, all futons are not the same.

Traditional Japanese futons (Shikibuton) are slim rectangular cushions that are either foldable or rollable. Filled with a cotton cushion, these pads are thinner than American foam-filled cushions.

These futons can be lounged against or sat upon when not being used for sleeping. However, their primary feature is that they can be stored away completely when not in use. Due to their rectangular shape, they can either be folded or rolled and stored in a way that best suits your storage space.

For protection from the floor, the futon is laid upon a thin Tatami mat. Made from rice straw fill and a rush grass cover, this mat prevents the futon from slipping around and getting dirty. These thin mats also serve as a barrier to moisture between the floor and mattress.

Many wonder if Japanese sleep on them every day, but it is hard to give a definitive answer.

This is the most common “bed” in Japan, and they have been used for centuries. If this is a person’s preferred surface to sleep on, then yes, this is what they use for everyday sleeping.

Is sleeping on a futon bad for your back?

If anything, sleeping on a futon has many benefits. Before we explain them, it is important to note how sleeping on traditional mattresses can be harmful.

Over time, mattresses also begin to sag in the middle as the majority of a person’s body weight is held near the core. This creates an indent that the body naturally stays in throughout the night, which is detrimental to spine health as the body is stuck in one position for the whole night. It is best for the body to be able to move around as needed.

Futons, Japanese or otherwise, do not have those drawbacks.

Due to the Japanese futon’s thin and convertible mattress, these are not issues that futon users must deal with. The futon can easily be turned around and rotated so body weight is distributed. There are no indents and divots for the body to fall into, which allows for maximum body movement throughout the night.

As long as there is enough cushioning, there should be no issues.

Futons are close to the ground, so those sleeping on a futon experience cooler temperatures as cool air settles to the floor.

Futons are also easier to purchase and maintain. A Japanese futon is nowhere near as expensive as a traditional mattress. High quality mattresses can cost upwards of $3,000, but quality futons and Tatami mats can be bought for $400 combined.

Mattresses are also heavy and not easily stored or transported. Many require a box spring. They take two strong people to lift and are not reversible.

Futons do not weigh nearly as much as a mattress and are easily cleaned and cared for.

Are Futons suitable for everyone?

Despite the back benefits, this style of bedding is more suitable for younger people. The harder surface is excellent for the spine, but it has been found that aging people require a softer mattress for their joints. It is suggested that the elderly do not sleep on futons.

Futons are an excellent option for those looking to maximize space or improve their bad back. The futon’s firmness lends itself to spine alignment and all-night-long movement that the body needs.

Many people love them for their efficiency and ease of rolling them out of sight when needed. They are lightweight, inexpensive, and offer many benefits to those who use them.

If you haven’t bought a futon, try one out. It just might take the place of your mattress. 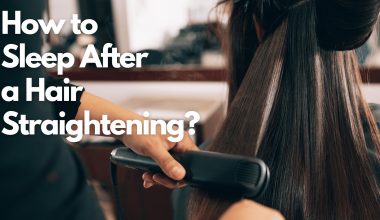 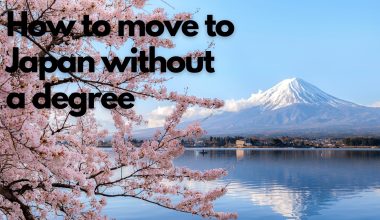