What are the differences between Chinese, Japanese and Korean beauty standards?

It is quite common for the outside world to confuse different cultures like Chinese, Japanese, and Koreans. It is just because people from these countries look like each other at the first glance but their history, traditions, and beauty traditions are totally different from each other. You would be surprised to know that China and Japan have been fierce enemies in the past and to this day there is an enmity between them. We would like to have a look at the difference between the Chinese, Japanese, and Korean beauty standards.

Starting with the Chinese culture, the beauty standards in China include having pale skin. Even if we see the traditional Chinese movies or theatre you would see women going out of their way to have fair skin. This is why plastic surgery and makeup products are extremely prevalent in China. Another one of the beauty standards is to have a slim body.

You would hardly see fat people in China especially when it comes to the younger generation. It may seem healthy at first but the youth goes to extreme lengths just to be really thin. This messes with their health but they don’t have any issue with taking the risk.

The Japanese have an obsession with large eyes and clear skin. The females often go for surgery just to remove their Asian eyelids to have big eyes that open up like the Europeans. It isn’t natural but it is one of the most talked-about Japanese beauty standards. The element of having fair skin is common in Japan and China.

Maybe it comes from an ancient history where fair skin people were known to be better than others. It is quite a common concept of beauty in most Asian countries. The Japanese are also really keen on having glowing skin without any dark spots or pimples.

They would definitely give preference to someone with clear skin over someone who is struggling with some skin issues. We are just trying to tell you about these standards prevalent in their society and we don’t have any intention to criticize or approve of them.

The Koreans are more inclined towards a slim figure, fair skin color, and a proper jawline. This may seem similar to Japanese and Chinese but you would easily figure out the difference when you see celebrities of all of these countries. The Koreans don’t prioritize someone having a broad face but they prefer someone with a round face.

You would see a number of Korean female celebrities having doll-like figures and faces. It is because they want to impress the residents of their country and they know what they really want.

You may be surprised to know that according to a survey from the International Society of Aesthetic Plastic Surgeons South Korea is among the top 10 countries in the world when it comes to plastic surgery. A number of Koreans have a long face instead of having a round shape. This makes them not the favorite among their community.

This is the reason why you would find hundreds of thousands of ads regarding plastic surgery on their mainstream media. Plastic surgery is as common in South Korea as makeup in the rest of the world. Recently, the trend has been further powered up by the fame of Korean boy and girl-bands all around the world.

Till the 70s when China was still not under Western influence the people preferred tan color and strong body. This is because these characteristics show hard work and determination. The Chinese nation worked really hard to become one of the superpowers in the world. The country was stuck in poverty and drugs when it got independence but they were successful in turning around their luck in the coming years.

In the late ’70s and early 80s, the Hollywood influence got the best of the Chinese especially the youth. The wealth was coming in and they also got inspired by the Western concept of beauty. This is why most of the females started using makeup products (read our article on Where to buy Japanese beauty products online ) that made them look fairer than usual.

The beauty standards of the society also took a shift and they started preferring girls with a slim waist and fair skin. It was also related to being wealthy because it is easier to have fair skin when you are not working under the sun.

The Japanese were known warriors in history and they also preferred strong women instead of slim girls. The times have changed and so do the beauty standards in Japan. There is a growing trend of having a slim body even if you have to sacrifice your health.

The slim figure is preferred by everyone but the only difference is that the Japanese prefer round faces till today. It may connect them with their traditional beauty standards but they have kept it alive and that is why you wouldn’t hear about a lot of plastic surgeries in Japan.

The Koreans took the Western impact pretty quickly and we are talking about South Korea here. North Korea is still kind of disconnected from the whole world. After World War 2, the Americans took control of South Korea and still you can find a few American bases there.

The Americans brought Hollywood with them and transformed the beauty standards of Korea in a few years. Although the Koreans don’t prefer round faces and they are more into v-shaped faces they are fond of the rest of Western beauty features including fair skin and large eyes.

Naturally, Koreans have glowing skin so it isn’t difficult for them to get fair skin by using just a few fairness creams. Skin fairness is also connected to the wealth of the family or a person just like in the Japanese culture.

This is why most Koreans look up to their social media and electronic media stars as inspiration. The Korean beauty standards have become quite a talking point all over the globe and millions of people are opting to look like Koreans just to be famous in their community.

We have tried to find the differences among the Chinese, Japanese, and Korean beauty standards but it is really difficult to pinpoint a single difference. You would notice that most of the beauty standards are similar yet a bit distinctive to each other. We hope that you would like our effort and we would like to know about your feedback in the comment section. 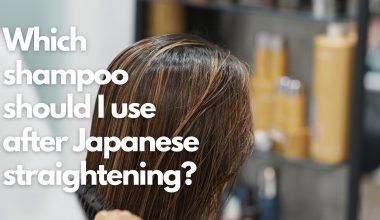 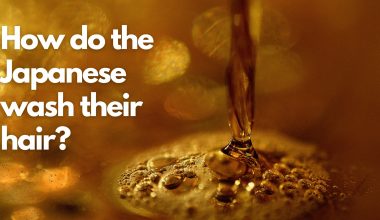