Chinese vs Japanese culture (5 things you need to know)

Asian cultures the world over have often been confused with one another, especially by people on the other side of the globe. Chinese and Japanese in particular often get mislabeled and misrepresented. So are Japanese and Chinese cultures similar?

In some ways, the two countries are actually quite different and distinct from each other culturally. Here are five things you need to know about Chinese vs. Japanese culture.

Japan is made up of 6,500 islands with volcanoes and mountains galore. China, on the other hand, has a rich topography made up of foothills, mountains, basins, plains, and plateaus. This physical difference in and of itself has helped shape both cultures to be quite different from each other.

China as a country does not have a particular religion, but most native Chinese are atheist, though a small subset subscribe to Buddhist or Taoist beliefs. Japan’s major religion is called Shinto, which revolves around the idea that supernatural beings called kami inhabit all things. One can find 100,000 public Shinto shrines in Japan.

Perhaps the more glaringly obvious difference between Japan and China are their opposing political systems. Japan is led by a prime minister as head of a democratically elected government. Though Japan has an Emperor, his role is much like the royal heads of state in England: ceremonial, and largely with no real power.

China, on the other hand, is run by one party, the Communist Party of China, and offers no democratic process in the election of its leaders. Known for suppressing political dissent and reducing civil rights, China is an authoritarian regime and has been that way since 1949.

The General Secretary of the Communist Party is the highest ranking political member of the government and has the largest amount of power.

Chinese is an old language that consists of thousands of letters. The language itself is grammatically similar to English, while Japanese is very dissimilar. Though Japanese and Chinese share some letters, the pronunciations, grammatical rules, and functions of the letters are completely different.

The Chinese language also relies on tonal shifts to indicate a word, so if a person speaks a word at a high pitch and then speaks that same word at a lower pitch, those are two separate words. Japanese, on the other hand, has only five vowels and 100 syllables, so there is a lot less variation in tone than Chinese.

While Chinese and Japanese cultures both place a great deal of importance on social cues, such as bowing to greet someone and respecting one’s elders, the Japanese are much more concerned generally speaking in maintaining appearances.

Japanese people also tend to be more magnanimous and shy towards other people, while the Chinese are not as concerned with being quiet and express themselves openly with body language. 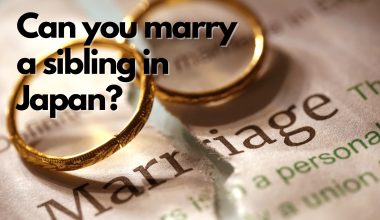 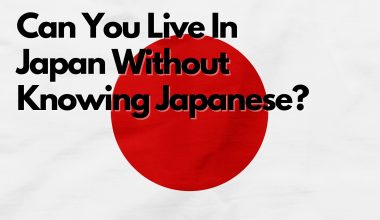