Is Japanese water safe to drink?

There is nothing worse than arriving in a foreign country realising you forgot to check if the water was safe to drink.

Fortunately, when it comes to Japan you are perfectly safe to go ahead and fill your water bottle before navigating your way out of the airport.

Globally, Japan falls in the top 10% of countries whose water is safe to drink.

In true Japanese efficiency, their water goes through a rigorous quality check process having to meet 51 different quality standards set by the Ministry of Health, Labour and Welfare.

Quality control at its finest

These tests include checks for toxicity, harmful contaminants, as well as looking at the water’s tint, clarity and smell – only then will it be given the seal of approval. Compare that to bottled water which only needs to meet up to 18 different sets of criteria, I think we may be onto a winner.

The Japanese water supply system is considered to be one of the best in the world and as we said their regulations regarding tap water are far more stringent than those for bottled water. Tokyo has approximately 27 000 kilometres of underground water mains.

The filtration plants don’t only make use of regular treatment procedures but have also incorporated highly advanced systems. These systems use a combination of ozone and biological activated carbon to further purify the water.

Japan has invested heavily in both the source of their water, as well as the output. There is ongoing management of the forest areas surrounding the source, as well as continual maintenance around the actual waterworks.

Believe it or not, they have ‘investigators’ who are constantly on the lookout for leaks.

This is done by placing a stethoscope-like instrument on the road which allows them to listen for leaks. It may sound crazy, but it definitely works as Japan’s leak rate is around 2% which is one of the lowest in the world.

One of the advantages of travelling in Japan is that water is freely available.

Take a seat in any coffee shop or restaurant and a glass of water will be on the way before you have time to ask. There is an abundance of water or drinking fountains which can be found just about anywhere from government buildings through to department stores, as well as in all their parks.

Just a note, some fountains have 2 taps, the tap on the top is for drinking while the lower tap is for washing your hands or for animals to quench their thirst.
But don’t worry they are labelled to avoid any confusion.

You may notice that the water has a different taste but that is because Japanese water is considered ‘soft’. Soft water contains fewer trace elements of magnesium and calcium than ‘hard’ water which is generally found in the west.

Some foodies claim that the ‘soft’ water is what makes dishes like tofu and soba taste so delicious.

If we haven’t convinced you yet, don’t worry as Japan is the land of vending machines and your bottled water will be easily found!

Can you drink tap water in Tokyo?

Tap water in Tokyo is consistently safe to drink. It is subject to strict regulations regarding water quality and so is kept at a high level of safety.

Some information shows that Tokyo has higher water contamination levels than other cities in Japan, but they are still well within acceptable levels for general consumption.

Some people may notice a difference in the taste or ‘hardness’ of the water, largely due to the difference in minerals naturally contained in the water. When this is the case, an easy fix is to use water filter on the tap.

Some people find the difference between hard and soft water can lead to skin or hair issues when showering, but again it is easy to find water filter shower-heads to help adjust the hardness and quality of the water.

Overall, while the taste and hardness may differ from what you’re used to, the safety and quality of Tokyo tap water is at a very high level and it is most definitely safe to drink.

Can you drink tap water in hotels in Japan?

Hotels in Japan have safe drinking water available from the tap. Tap water in Japan is generally considered safe and is well-regulated with filtering and purifying plants.

These are all options if you choose not to drink hotel water based on personal taste preferences. When it comes to the most important question, whether the tap water is drinkable, the answer is resounding yes.
Tap water in Japan, including hotel tap water, is safe for drinking. 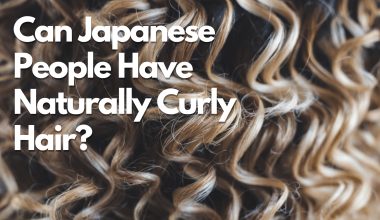 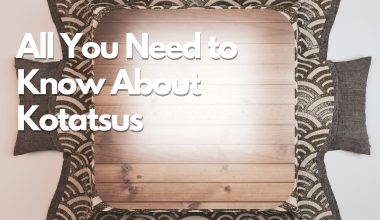