Can you marry a sibling in Japan?

Can siblings marry in Japan? The straight answer is no. Marriage between blood-related siblings, or bigamy, is prohibited in Japan, as it is in most countries throughout the world. But sometimes there is no choosing who you fall in love with, so let’s look at marriage between relatives in Japan.

The Law on Siblings Marrying in Japan

You can marry an adopted sibling. However, adoption is not a common practice in Japan.

Although marriage between siblings is not lawful in Japan today, that does not mean that it wasn’t an unknown practice throughout the world in times gone past.

Ruling Inca kings were expected to marry their full sisters, and Pharaohs in Egypt married their sisters to retain their religious and culturally important roles.

It’s not an accepted practice today, mainly because the children of these unions were prone to genetic disorders. But in times gone past, it was an integral aspect of the highest leadership in royal families.

Other Forms of Family Law in Japan

While marrying your sibling is not legal, you can marry your cousin in Japan. Consanguinity, or marriage between cousins, has been a common trend throughout the world in years gone past.

Reasons Why Consanguinity was Prevalent in Japan

Due to several geographic reasons, Japanese families would encourage consanguinity amongst their younger generations. Japan is fairly isolated from its neighbors, with steep mountains that create small communities.

Marriage Between Cousins Today in Japan

In Japan, marriage between cousins is legal but has lost most of its appeal. The practice began dying out sometime after 1967 due to nuclear families shrinking inside and modern transportation that made travel so easy to previously isolated areas.

Industrialization also played a role in encouraging unmarried young people to flock to city centers where there were other options for marriage besides consanguinity.

Birth Defects in Offspring from Consanguinity

The most crucial factor that has made marriage between cousins an uncommon practice in Japan is education.

A cleft lip and palate, polydactyly, spina bifida, psychiatric conditions, and many other life-threatening diseases are present in offspring between cousins.

Can you marry your cousin in Japan? Yes, you can. But it’s not a common practice to embrace in today’s modern times with the awareness of genetic disorders. 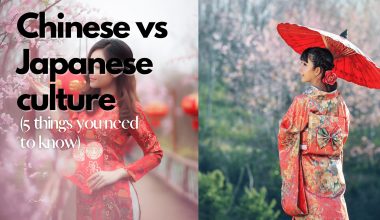